NMIOTC provides Subject Matter Expertise (SME) in experimentation related to MIO. It maintains a regular information exchange with NATO and national agencies for the identification of future experimentation opportunities, while being a central reference library of experimentation documentation. NMIOTC is also responsible for supporting exercises and experimentation trials through direct planning and execution functions, with emphasis on experimentation. Last years NMIOTC involved into the following projects / experiments:

(a) Weapons of Mass Destruction (WMD) in MIO(completed): NMIOTC organized and supported the execution under the auspices of Naval Postgraduate School (NPS) along with the Lawrence Livermore National Lab (LLNL), the JCBRN COE and the Hellenic Naval Academy (HNA), various Maritime WMD / ISR experiments in its premises. The experiments focused on WMD C2, reachback and sensoring capabilities in the maritime environment. The main objectives were:

(iii) Evaluate the networking for Boarding Teams and SoF units.

(b) PROMERC (Non–Military Protection Measures for Merchant Shipping Against Piracy)-(completed) was a research project aimed to reduce the vulnerability of merchant fleets and maritime supply lines to criminal abduction and extortion and thereby reduce risk to mariners, shipping, and the environment, while also reducing costs and remaining cognizant of legal and social constraints. NMIOTC contributed to this program by evaluating the accuracy and completeness of the countermeasures and tactics included in the database of the on board Tactical Decision Aid – TDA system. Τhe other main stakeholders of the project were the World Maritime University-WMU, NATO Center for Maritime Research and Experimentation – CMRE and University of Aegean.

(c) NATO Center for Maritime Research and Experimentation CMRE Video Streaming Experiment (completed) . The objective which fulfilled was to prove that real time high definition quality video streaming from boarding party camera’s to the mother-ship and from there back to the Headquarters is feasible using low cost COTS equipment.

(d) DAT POW project (underway). Biometrics appear as an innovative technology to support NATO or National Ops and NMIOTC, responding to the demands of DAT POW (Defence Against Terrorism Program of Work), and utilizing its expertise in providing training in the domain of Biometrics and Evidence Collection and Forensics Site Exploitation, has the leading role in the DAT POW’s project “Biometrics in support of naval operations to fight piracy and terrorism”. This will allow for development of a common system and testing its interoperability, developing of new standards and improving cooperation within the Alliance in this mandate.

The main objectives are :

(ii) Test and validate the capability of collecting, transmitting and sharing biometric data

“Opportunities and threats from Innovative and Disruptive technologies:

Shaping the future of Security in the Maritime Domain” 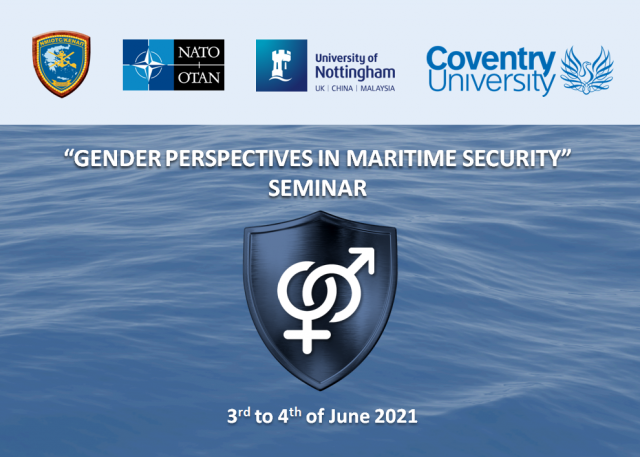 Read More in the “Calling Letter”.