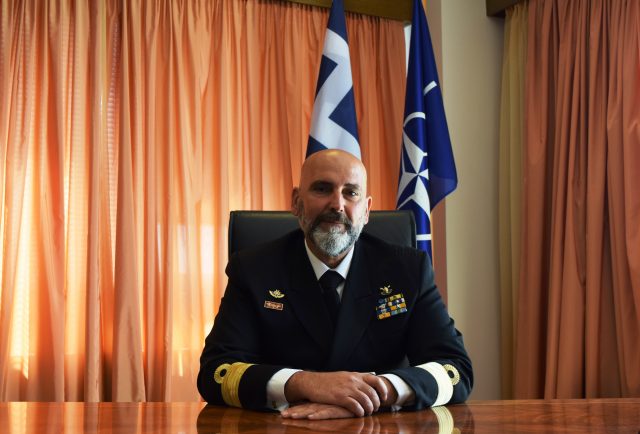 Commodore Charalampos Thymis H.N. was born in Loutraki, Greece in 1966 and is a 1988 graduate of the Hellenic Naval Academy.

After his graduation he served in a broad range of sea and ashore operational assignments as PWO and Operations Officer in several frigates and destroyers, the Hellenic Frigate Command (COMHELFRIG), the Hellenic Fleet HQ, (COMHELFLEET HQ) and the Hellenic Defence General Staff (HNDGS).

His command tours include the minesweeper HS DAFNI and the frigate HS AIGAION. Ashore he served as the Director of Ops Department of the Hellenic Navy General Staff (HNGS/N3).

Commodore Thymis has also served as a staff officer of UNIFIL MAROPS Department (2006-2007) and as the Defence Attaché of Greece in Spain (2016-2018). Recently he has served as the Chief of Staff at NMIOTC since 2018.

He has attended a number of military schools and courses, among which the Hellenic Navy Staff Officer’s Course, the Hellenic Supreme Joint War College and the National Defence College.

He was promoted to Commodore in March 2021 and assumed NMIOTC’s Commandant duties on March 16th 2021.

He has been honored with all respective national and UN medals and decorations.

Commodore Thymis holds a postgraduate “Diploma in negotiations” from Athens University of Economics & Business and speaks English and Spanish.

He is married and has a son. 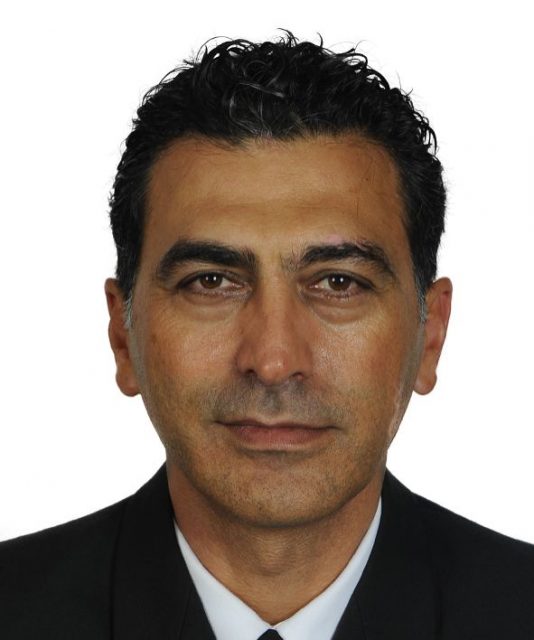 – Captain (OF-5) TUR (N) Aykut KARASU was born in January 1973, attended the Turkish Naval High School in 1991 and graduated from the Turkish Naval Academy in 1995.
– As a surface warfare officer, during his maritime missions from 1995 to 1999, Captain KARASU assumed Navigation and Operations Officer and Executive Officer (XO) on Navy and Coast Guard ships. He was initially appointed as Commanding Officer (CO) on an Amphibious Ship (LCT) C138 in 2000. Then he was assigned as CO on Petrol Boat (PO), Coast Guard and auxiliary ships and he was the Coast Guard Group Commander until 2013.
– Between 2013 – 2020 he was commissioned as Base Defense Operation Center and Social Service Support Commander.
– On August 1st, 2020, he assumed the position of Deputy Commandant (DCOM) of the NATO Maritime Interdiction Operational Training Centre (NMIOTC), and was appointed as the Senior National Representative (SNR).
– He holds a PG Master Degree in Business, 8 ribbon badges, attended Command and Staff Education Course at the Turkish Naval War College in 2012.

Captain Themistoklis Papadimitriou H.N. was born in Volos, Greece in 1968 and is a 1989 graduate of the Hellenic Naval Academy.

His Command tour includes the Gunboat HS KARTERIA, the Frigate HS KOUNTOURIOTIS and the HELLENIC FRIGATES SQUADRON ONE.

He has attended a number of military schools and courses, among which the Hellenic Navy Staff Officer’s Course, the US Naval Staff College, the Hellenic Supreme Joint War College and the National Defense College.

He has been honored with all respective national and international medals and decorations.